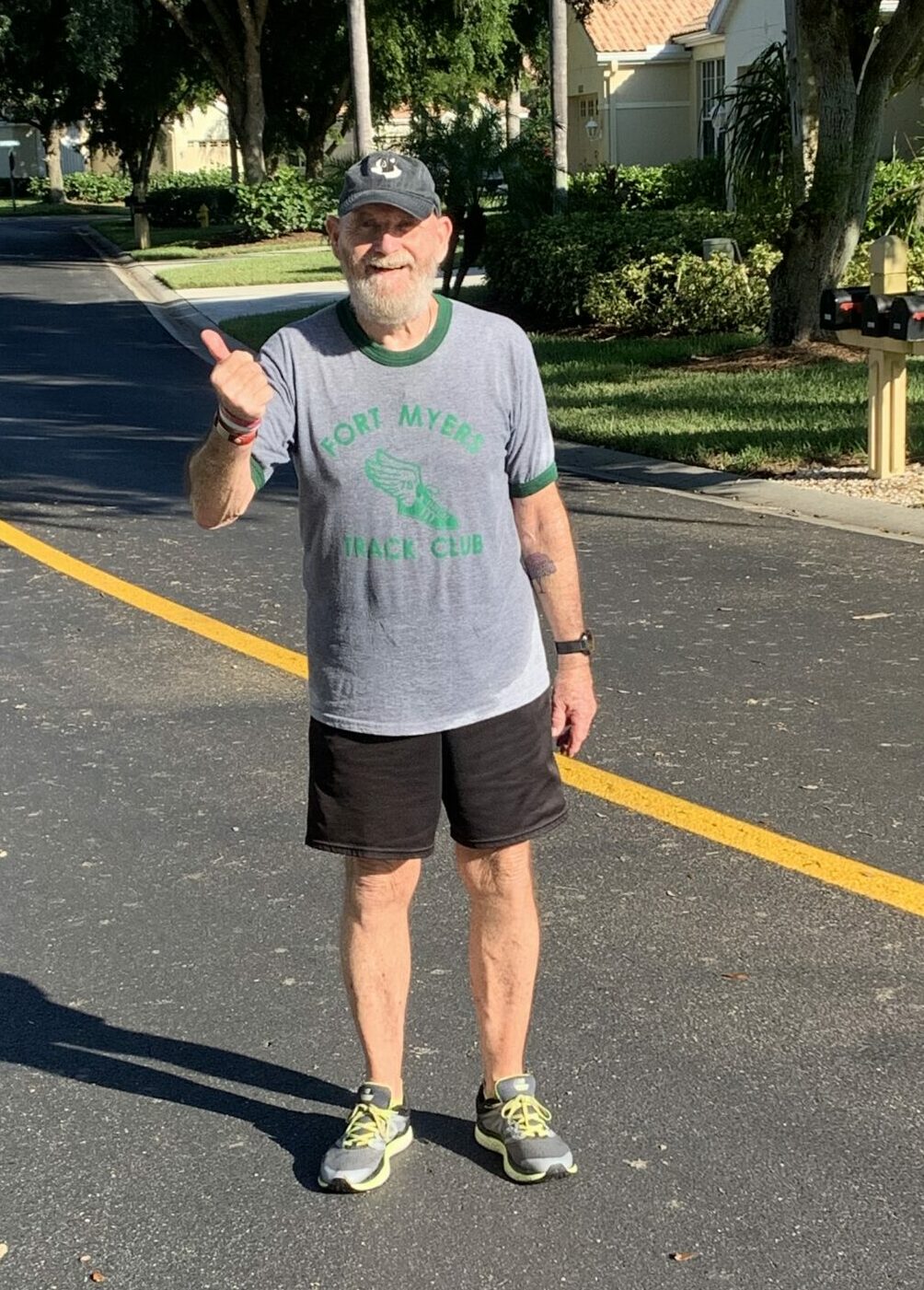 For the third time in the history of the 10K Race, a change has been made to the format of the event.  In 2008, severe thunderstorms forced the cancellation of the first ever 10K.  Now for the second continuous year, the COVID-19 pandemic has changed the format from an in-person to a virtual race.  The virtual format, however, has not stopped many from registering and running on their own time.

“My 10K went well, it was a beautiful morning and so peaceful,” says Tom.  I completed the race with a time of 1:29:52.  My Boston Terrier, Dr. Watson, my pride and joy, brightens every day and is also my loudest cheerleader.  It was great to have him and my granddaughter cheering me on.” Tom noted his children and grandchildren live close to him and he enjoys sharing his virtual race experiences with them.

Tom began training and racing using a combination of run/walk in 2011 as a teammate on a very special triathlon team, Geared Up, following the loss of Barbara, his partner for fifty years.  He states he was lost and in desperate need to find something that would give his life purpose by helping him refocus his energy. He stopped running about three years ago to “save my knees and hips for tennis.”  Now, Tom powerwalks all of his races.

In addition to the FISH virtual 10K, Tom is in the process of completing a challenge for Florida Road Races.  The challenge began on January 1 and will end on December 31.  Tom’s goal, between walking and cycling, is to complete 4,100 miles. As of this writing, he is on schedule, reaching over 3,000 miles.

“I have been proudly participating in the FISH 10K since 2012, and when I race, I prefer choosing one that champions a good cause. FISH has been supporting the people of Sanibel and Captiva for almost 40 years in various ways, but two programs stand out to me. The Backpack program combats childhood hunger by supplying weekend food and snacks to children in need throughout the year. The second one is Smile Boxes because this program that was launched last year combats isolation, particularly among seniors. The motto of FISH is “Neighbors Helping Neighbors,” and those words say it all,” says Tom.