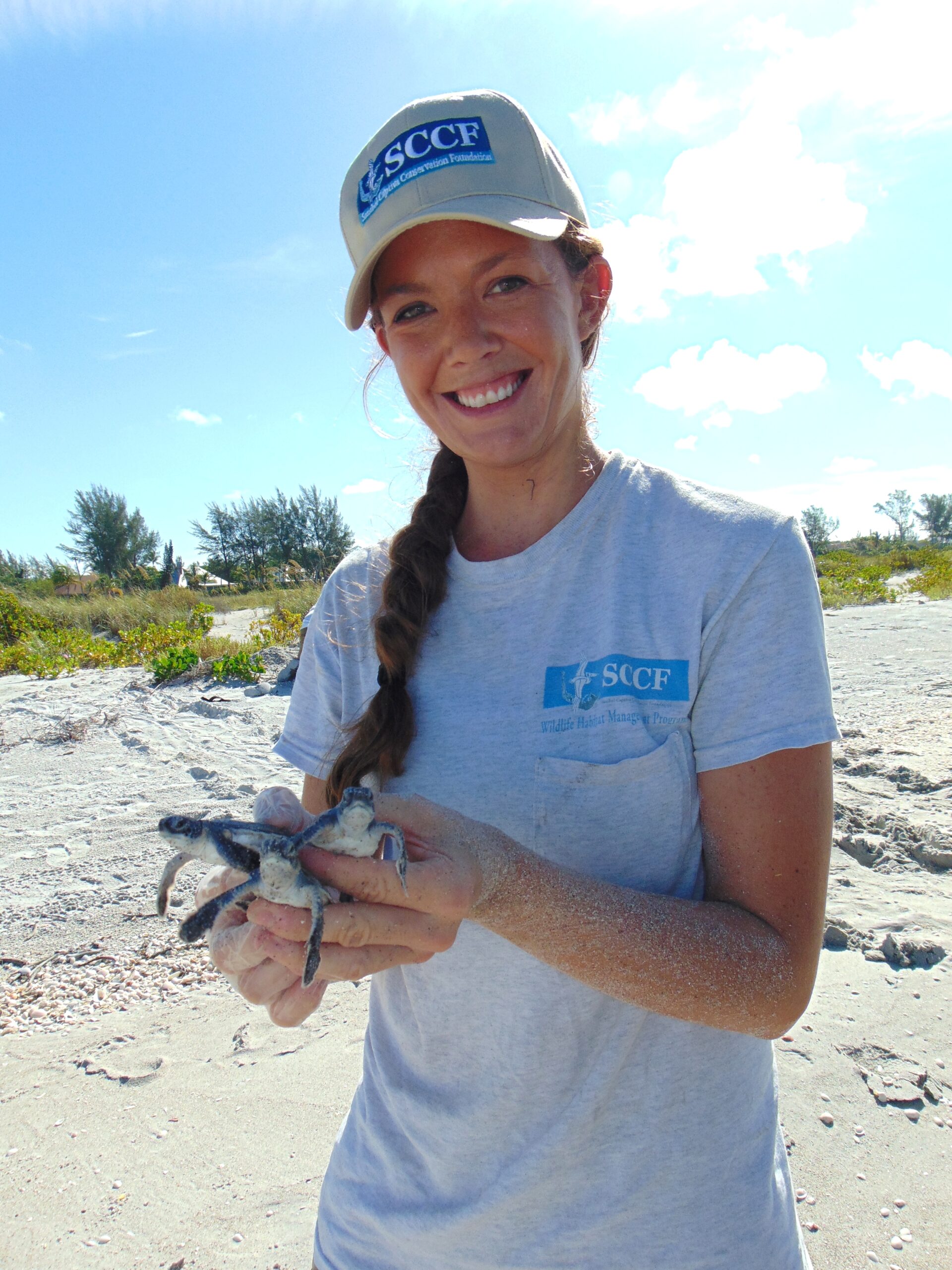 Islanders, friends and family are invited to the community-wide FISH OF SANCAP Virtual Friendly Faces Luncheon, scheduled for Tues., July 12 beginning at noon via Zoom.  Lunch, prepared by George & Wendy’s, consists of a cold entree, side, water bottle and dessert.  The cost of the luncheon is waived and complimentary to all participants.  FISH volunteers will deliver meals to islanders beginning at 11:30am.

Guest speaker Kelly Sloan, SCCF Coastal Wildlife Director/Sea Turtle Program Coordinator, will discuss the Sea Turtle Program on Sanibel and why conservation is important to the environment.  After receiving a B.S from Virginia Tech in Biology, Kelly worked as a research technician in a Virginia Tech lab investigating how animals use the magnetic field to orient and navigate. Her strong interest in international conservation took her to South Africa to study baboons at Wildcliff Nature Reserve and then to Costa Rica to volunteer with a sea turtle nesting program.

Kelly started working for the South Carolina Department of Natural Resources (SCDNR) Marine Turtle Conservation Program in 2007, where she helped manage all aspects of sea turtle conservation in South Carolina. While working at the SCDNR she completed her Master’s degree in Environmental Science and Policy. In the spring of 2013, Kelly joined a team of scientists on Long Island to characterize the response of endangered piping plovers to habitats created by Hurricane Sandy. Kelly accepted her current position as coordinator of the SCCF Sea Turtle Program in December of 2013.

Sea Turtle season on Sanibel lasts from April – October and residents are asked to do their part to keep the beaches dark and free of disturbance for nesting sea turtles.  One of the greatest threats to Sea Turtles on our beaches is artificial lighting, causing thousands of sea turtle hatchlings to die every year on Florida beaches.  Remember, After 9, its turtle time!

“Sea Turtle nesting season is a large part of Sanibel history, and we are excited to learn more from Kelly as she will not only share information on SCCF’s program but also fun turtle trivia,” says Erika Broyles, Senior Services Director, FISH.

The FISH Friendly Faces luncheon is a great way to catch up with friends, make new connections and learn about exciting offerings in the area.  Reservations and meal choices are required by Fri., July 8 to the FISH Walk-In-Center, 239-472-4775.  Once registered, FISH will provide an emailed link and meeting ID number for access.

For additional information on the FISH organization and their programs and services, please contact Maria Espinoza, Executive Director at 239-472-4775 or visit their website at www.fishofsancap.org.